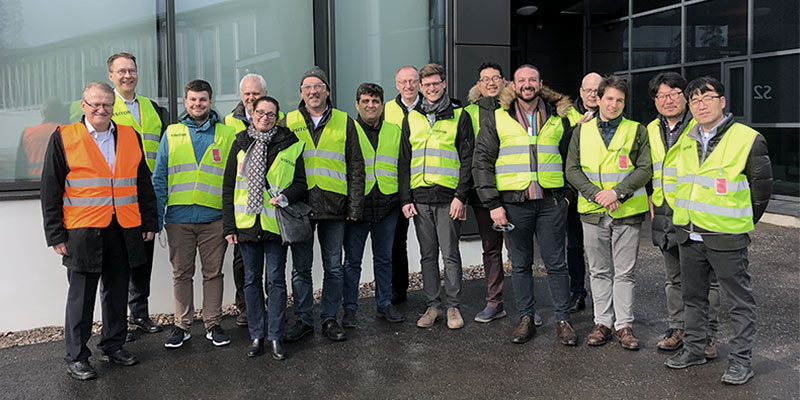 The R&D Division of Magtel has attended a new meeting of the Optimum Project Consortium, an international initiative led by the German company Demag Cranes & Components GmbH for the creation of a distributed industrial control system based on IoT (Internet of Things).

The meeting, which has taken place at the headquarters of Konecranes in Finland, a company linked to Demag, has been assisted by Diego Aranda, Industry 4.0 Project Manager in the Energy & Environment Area of the R&D team of Magtel. In addition to reporting the development and status of the project, Aranda has addressed a presentation on distributed control platforms and has participated in the design of part of the architecture of the pilot plant’s communication system, as well as in the planning of the dissemination and implementation of the project.

Optimum is a project resulting from the work of a consortium made up of more than 20 companies and research institutes from Germany, Romania, United Kingdom, Turkey, South Korea and Spain. Its objective is to develop more intelligent and respectful industrial plants through interconnected production chains. In order to carry out this initiative, principles of Industry 4.0 are applied, based on automation, digitalization and artificial intelligence.

Given the high centralization and hierarchy in current industrial processes, the project addresses the improvement of distributed control, the adaptation of IoT technologies to production needs, the optimization of applications through context and the design of solutions for engineering and 3D monitoring.

Optimum will be developed until August 2020 and has the support of the Spanish institution Centro para el Desarrollo Tecnológico Industrial (CDTI) and the European Regional Development Fund (ERDF) of the European Union.